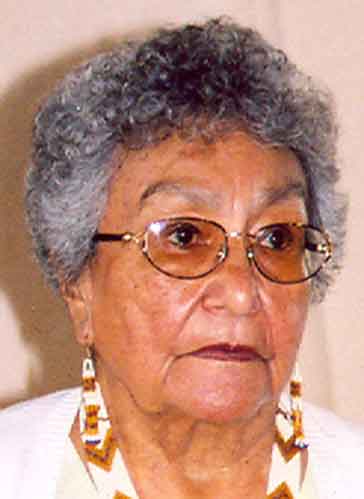 Georgiana Trull passed away on Oct. 16, 2008 at the age of 92. She was born in Sregon Village, on the Yurok Reservation to Melissa and Charlie Myers. Georgiana went to school at Pecwan, Morek, Hoopa, and Riverside Boarding School. She was a welder in San Diego, a fish filleter at Lazio’s in Eureka, and for the last 40 years was a teacher of the Yurok language for the Yurok Tribe.

Memorial Contribution may be may to the Yurok Tribe Language Program P.O. Box 1027 Klamath, Calif. 95548

Arrangements are under the care of Paul’s Chapel in Arcata.